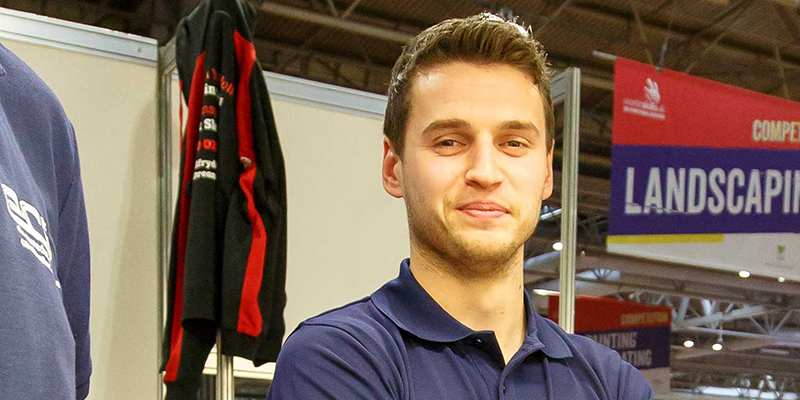 This week we’re saying good luck to 22-year old electrician Matt Doe who is part of Team UK travelling to Abu Dhabi to take part in the 2017 WorldSkills competition.

The event, known as the ‘world championship of skills’ will see young people from 77 countries across the globe take part in 51 skills competitions.

Matt DoeMatt, employed by Rogers Restorations in Somerset, was a finalist in the 2014 SkillELECTRIC competition after winning his regional heat earlier in the year. In 2015, he was selected by WorldSkills UK for a chance to compete at international level.

Since then he’s been training hard to perfect his skills, culminating in a fantastic achievement earlier this year when he beat other international hopefuls and was selected to join Team UK for WorldSkills 2017. The electrical installation competition will see Matt go up against electricians from 36 other countries in a bid to win a gold, silver or bronze medal.

We caught up with Matt prior to his trip to ask him how he was feeling before this once-in-a-lifetime experience:

“In the final few days leading up to the WorldSkills finals I’m feeling excited to show off my skills to the world and proud to be able to compete for my country doing what I love. My task is blind, meaning I have no idea what my job involves until the day, so I would be lying if I didn’t say I was a little apprehensive, but with the training I’ve had I’m feeling fully prepared and ready for what’s thrown at me.

“This has been a life goal since picking up my first screwdriver at level 2, so for me to get to this stage at international level is incredible, my main aim is to go out and come home with a medal!

“My training has drastically changed since the Skills Show – I have trained for a total of around 50+ days, this includes building previous WorldSkills tasks, media training and team building with the rest of Team UK. The training between the nationals and international levels is a step up as the intensity goes up a notch.

“None of the above could be achieved though without the support behind me – WorldSkills UK, Gareth my expert, friends & family and lastly but not least my employer Rogers Electricians. Without them I wouldn’t be in the position I’m in today, and can’t thank them enough.”

The WorldSkills competition takes place between 15-19 October. We wish Matt the best of luck and look forward to following his progress.