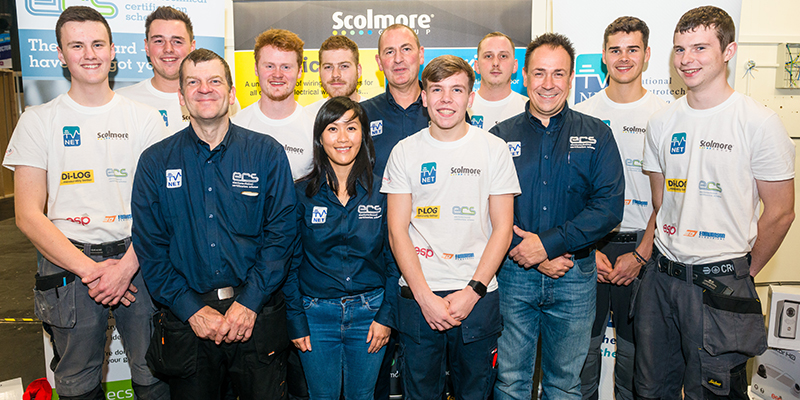 The eight competitors who will compete in the 2018 SkillELECTRIC UK final have been named, following a series of challenging regional heats earlier this year.

All will now go head-to-head in a two-day practical task during 15-17 November at WorldSkills UK Live, the UK’s largest skills and careers event at the NEC Birmingham where over 70 WorldSkills UK competitions will be held, watched by around 70,000 visitors.

In the quest to be crowned SkillELECTRIC champion, contestants will have to install a complicated set of four circuits with various components and equipment, all to a strict timescale and against very rigorous marking criteria.

SkillELECTRIC is organised by National Electrotechnical Training (NET) and has the Electrotechnical Certification Scheme (ECS) as its lead sponsor. Edmundson Electrical, Scolmore and Di-Log are the other show partners.

“So far these competitors have demonstrated a high quality of work so it’s now very exciting to watch the best around the UK go head-to-head,” said Jon Dicken of NET. “Being at WorldSkills UK Live is an excellent platform to showcase electrical skills to thousands of young people and we’re confident our finalists will be great ambassadors for our industry.”