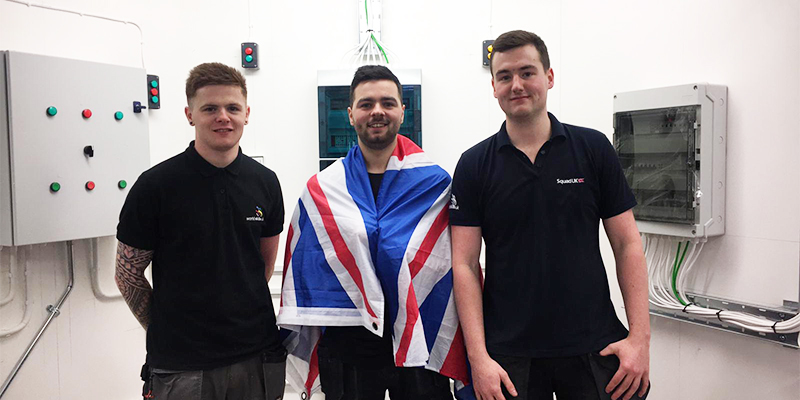 We’re excited to announce that past SkillELECTRIC finalists Connor Lewis, Thomas Lewis and Marc Marshall are currently taking part in the WorldSkills UK Selection Competitions with the aim of securing a place to represent the UK at WorldSkills Kazan 2019.

Connor, Thomas and Marc all took part in the SkillELECTRIC 2017 UK final, with Marc and Connor taking gold and bronze positions respectively. Following this, in September 2018, Thomas represented the UK at the EuroSkills competition in Budapest.

At the Selection Event this week all three will be undertaking a highly challenging task that was initially set at the WorldSkills Abu Dhabi event in 2017. Over 20 hours they need to complete an electrical installation split across three modules of installation, programming and fault-finding.

To add to the pressure, fellow electricians from Russia and Norway will be competing alongside the trio for their own chance to represent their countries at WorldSkills 2019.

On 11 March those who have been selected for Team UK will be announced.