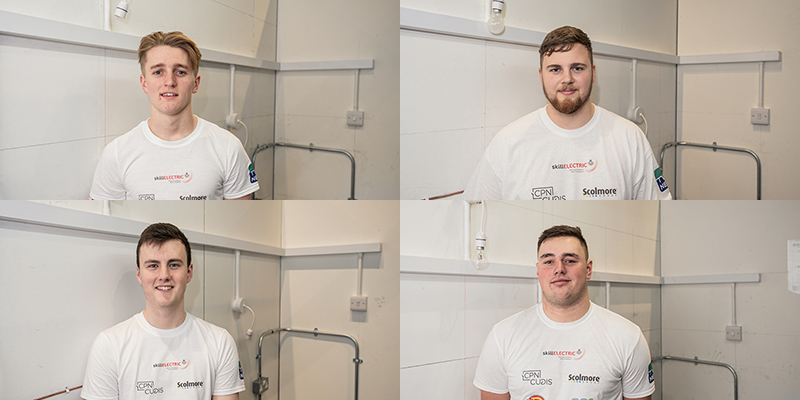 Four SkillELECTRIC competitors have been named amongst over 130 young people joining the WorldSkills UK’s official squad now training for WorldSkills 2021 in Shanghai.

Alex Rendall, Ben Kidner, Ben Martin and Tom Williamson will now undertake an intensive 18-month training process, fitted around their study and employment commitments, to bring them up to world class standard before the final team for China is picked.

Education secretary Gavin Williamson offered his congratulations to the competitors, and said he is “excited to see another talented group of young people preparing to showcase their skills on the global stage”.

Congratulation to all four young men and good luck – will be reporting on their progress on the road to China – watch this space!

Read the full story on the WorldSkills UK website