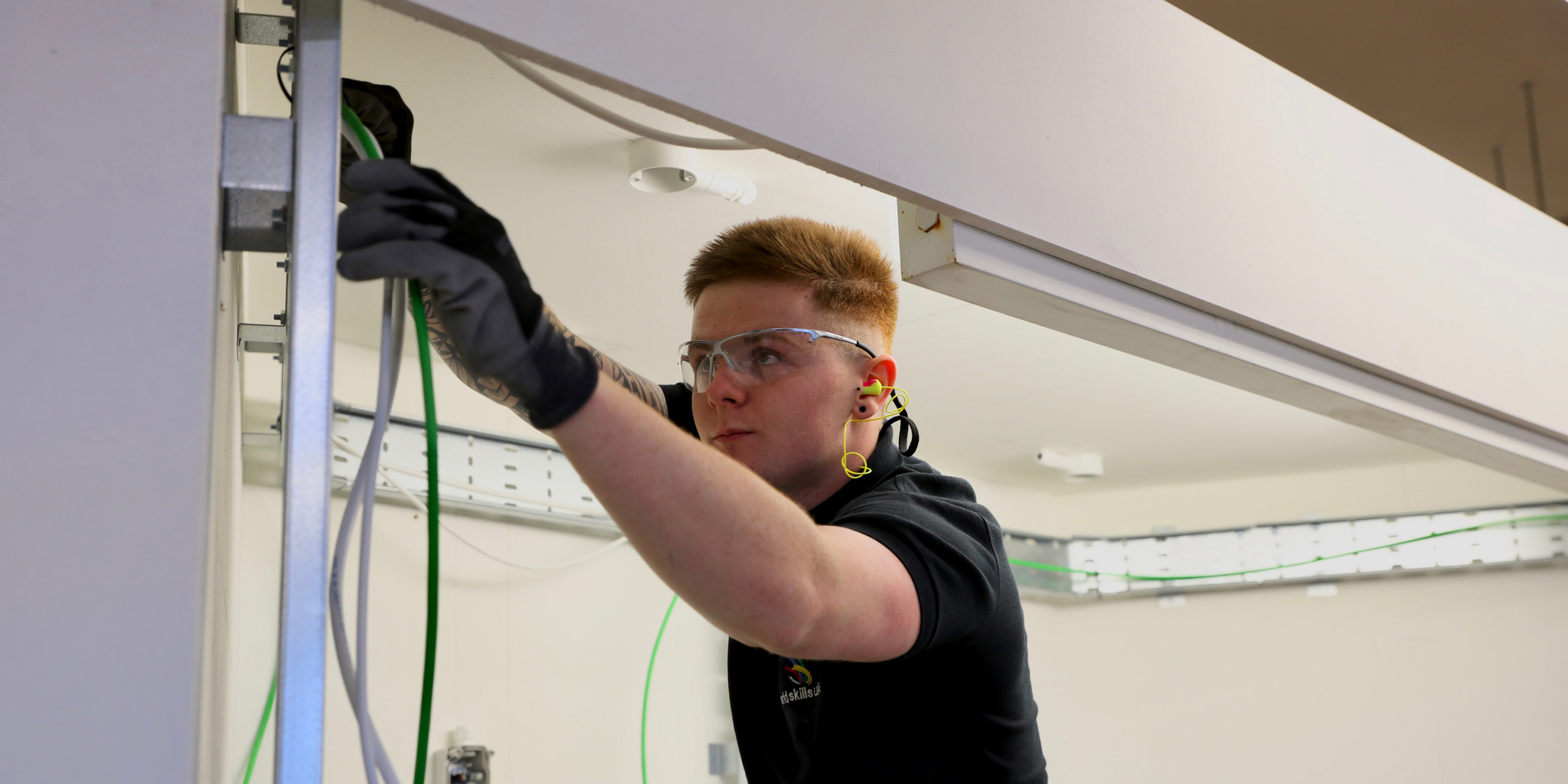 Thomas Lewis of Blues Electrical has been selected to represent the UK at the ‘Skills Olympics’ in Russia this summer.

Following a challenging selection event last week, apprentice electrician Thom was one of more than 30 young professionals from engineering, hospitality and professional services, construction and digital and IT chosen as part of the two-year challenge to be the best in the World.

These skilled young people have already triumphed in regional and national competitions and had one more momentous obstacle to overcome at Team Selection events the length and breadth of the UK.

Team UK will represent the United Kingdom at The WorldSkills Finals in Kazan, Russia in August (22-27), where more than 60 countries will do battle and go for bronze, silver and gold in 56 different skills disciplines.

Speaking after the announcement, Thom said: “When I got told I was in the team I just couldn’t believe it and it took a few hours for it to sink in. I literally cannot explain how happy I am to be in and I’m glad that all the hard work has paid off.

“The team selection week was a hard week as we were all fighting for a place. It was nerve-wracking before starting each day, but as soon as you start you’re fine and I just tried to stick to my plan for each day to get me through.

“It was hard competing against the others, especially as one of them was my twin brother! But you’ve got to think of yourself while competing and get yourself through. I’m really excited and nervous for the next few months leading up to Kazan and I’m going to train hard all the way up to it.”

Neil Bentley-Gockmann OBE, CEO of WorldSkills UK, said: “Think Olympic Games – but much more important to the economic future of the United Kingdom. This is a life-changing opportunity for all those involved.

“I couldn’t be more proud of these extraordinary young people who will be on the plane to Russia.  They have worked tirelessly for weeks, months and years to be the best – they are a shining example to the next generation – let’s celebrate their spirit, commitment, and success.

“We are not only giving young people the opportunity to reach their full potential but we also believe that, working with them, we can transfer the insights gained from competing against other countries into the wider UK economy, driving up training standards for young people to world-class levels, giving a much-needed boost to productivity.”

Watch this space for more news as Thomas completes his rigorous training programme in preparation for WorldSkills. We wish him all the best!