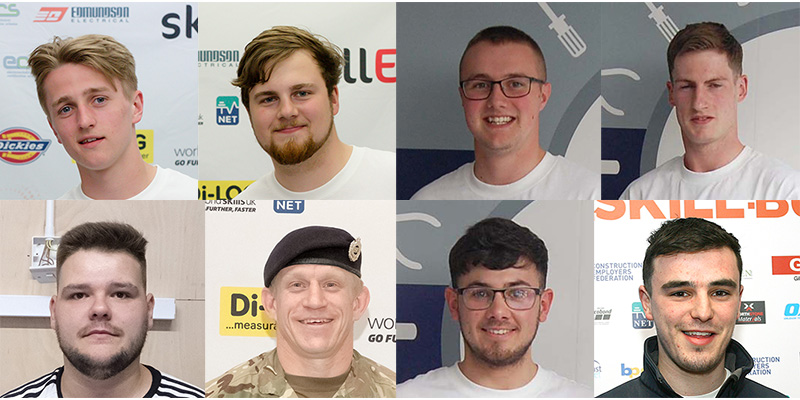 The eight competitors who will compete in the 2019 SkillELECTRIC UK final have been named, following a series of challenging regional heats earlier this year.

All will now go head-to-head across 21-23 November at WorldSkills UK LIVE, the UK’s largest skills and careers event at the NEC Birmingham where over 70 WorldSkills UK competitions will be held, watched by around 70,000 visitors.

In the quest to be crowned SkillELECTRIC champion, contestants will have to install a complicated 2-day practical task set to a strict timescale and against rigorous marking criteria.

SkillELECTRIC is the only UK electrical competition aligned to the WorldSkills UK network. Those who score most highly will have a chance to compete at the next WorldSkills competition taking place in Shanghai in 2021. Earlier this year past-SkillELECTRIC finalist Thomas Lewis competed internationally in Kazan, Russia and received a Medallion of Excellence in recognition of his work reaching the international skills standard.