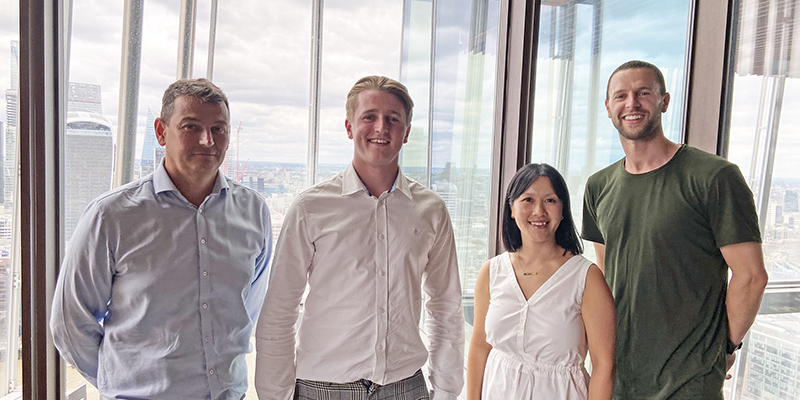 The WorldSkills 2022 competition originally planned for Shanghai later this year has moved location due to the ongoing coronavirus situation in China, so we thought we’d bring Alex a taste of Shanghai at the Hutong restaurant within the Shard.

In November, Alex will be competing against other electricians from across the world in the hope of being crowned the WorldSkills champion in electrical installation.

During the afternoon Alex was able to speak to Richard to learn how he prepared for his competition and shared thoughts on the dedication and training needed to succeed.

After the event Alex said: “It’s been really beneficial to speak to Richard to find out about his lead up to the event and what helped him prepare; I’ve picked up a few pointers on what to work on. It was also great to hear where and how he started, where he is now and his aspiration to succeed.”

After winning international gold, Richard went on to establish Sagar Smart Homes, a luxury home automation business with clients all over the globe.

“It’s great to see what Alex has achieved so far, and in getting to know him its clear he has the right mindset required to give himself the best possible chance of success when he competes at World Skills,” said Richard. “I strongly encourage him to dedicate the following months of his life to training not only his skills, but also his body and mind, to thrive under the stress and intensity of the competition.

“For every competitor, I am sure there is moment where it feels like everything is going wrong and you want to be anywhere but in that booth, I know I had that feeling. At that moment, it’s the routines and muscle memory, those late nights and early mornings of practise that carry you through, to build momentum and get you back on track. There is no substitute for hard work, discipline and practise.”